About The Red House

A short history of The Red House

The Red House farm began as a modest holding in the mid-seventeenth century and its story ends with it as a school for dairymaids in the 1920s. Walking round the site, it is still possible to see this history in the buildings that survive: the farmhouse, former stables, cattle sheds and yards. Britten and Pears moved into the house in November 1957, following a house-swap of their sea-front home on Crag Path with the artist Mary Potter, and it became a retreat where both men could relax (and in Britten’s case compose) during their extremely busy schedule of concerts and recordings at home and abroad.

Benjamin Britten and Peter Pears lived and worked together for nearly forty years. They met through mutual friends in 1937 and their romantic relationship began when they travelled to the USA together in 1939. From then on, their lives were completely entwined: Britten began to compose music for Pears to sing in 1940 (the first of many vocal works and major roles in operas over the years), they performed regularly in recitals as a duo, established the Aldeburgh Festival in the late 1940s (together with Eric Crozier), and shared homes in London and Suffolk. 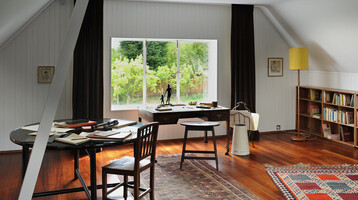 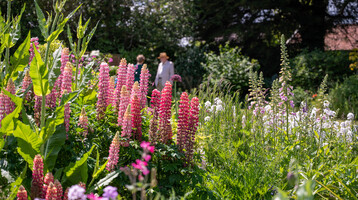 The House and Gardens 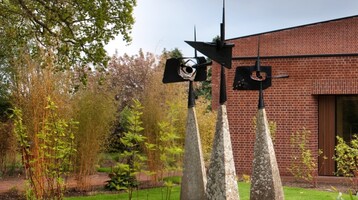