Ryan Probert is composer recognised for compositions for the concert hall, as well as his soundtracks for documentaries and songs.

Ryan taught himself music before going on to study at the Birmingham Conservatoire, with Joe Cutler, graduating in 2016 with a MMus in Composition at distinction. He went on to have performances in venues including Birmingham’s Symphony Hall, Leicester Cathedral, and The British Museum, and has worked for organisations such as the BBC. Ryan won the NJO Prize at the 2017 International Young Composers Meeting. In 2018, he toured the Netherlands with his composition ‘Twilight City’, performed by the Helikon Kwartet.

Ryan’s music has been critically acclaimed, with attention drawn to its lightness, delicacy, and originality: Ivan Hewitt of the Telegraph described Ryan’s music as, “authentically of the present moment in lightness and stubborn eccentricity. …charmingly Satie-like in oddity, and played with truly uncanny unanimity…”.

Richard Bratby of the Birmingham Post said the compositions were “…huge Technicolor sonorities (extra brass plus organ) from the slightest of musical ideas”. Ryan was Creative Director at the Tobias Matthay Pianoforte until 2020, and he has gone on to run workshops at the Royal Birmingham Conservatoire and Middlesex University.

Luke Deane: From early works My Dream (2014), through R/C Car Opera 3 Cars (2015), VR opera work We Cannot Sleep (2017), and cinematic short film She Flies By Night (2018), Luke Deane has gained a reputation for imaginative and daring compositions. Luke is known on stage as Lisa (@lisaislive) and released debut album Footsteps On The Wall in 2021 on Vinyl in collaboration with ens. Asko Schönberg. Luke is a conceptual composer with a strong focus on self-expression and emotional pain; his compositions have both speculative and humorous qualities, often showing the artist failing at an impossible task on stage.

Luke is known for his idiosyncratic approach to form: he has scored movements for live photographers, for the moving of unplayed musical instruments, and has composed quick-changes into his staged works. Luke has produced works for 66,365 speakers, compositions that can only be performed in perfect reversed-time, and for many hypothetical duets between human beings and other organisms. Despite never having appeared in Vienna, Luke's work belongs to the “semi-fictional” 4th Viennese school of composition, the result of a long-term collaboration with Richard Stenton. Luke studied composition with Howard Skempton in Birmingham, and later with Richard Ayres and Jorrit Tamminga in Amsterdam.

The project, originally named Temperament Wars, is a collaborative theatre project between composers Luke Dean and Ryan Probert, started in 2019 but interrupted by the Covid-19 pandemic. The project uses the Unity video game engine to create to strange interactive worlds full of scenarios that defy ordinary expectation —worlds where certainties no longer exist and motion, distance, light and dark, weight, the movement of the a star, or anything that we can imagine and measure can become sound and music. The project places the performer within the video game world, where they dynamically enact a scored composition alongside an ensemble of live musicians.

Having studied together and deeply influenced each other for so many years, we know each other's minds intimately. We cannot wait to start this collaboration which we view as a unique chance to develop a project that we are already so excited about - the aesthetic collision between the practise of composition and the poetry of video games. 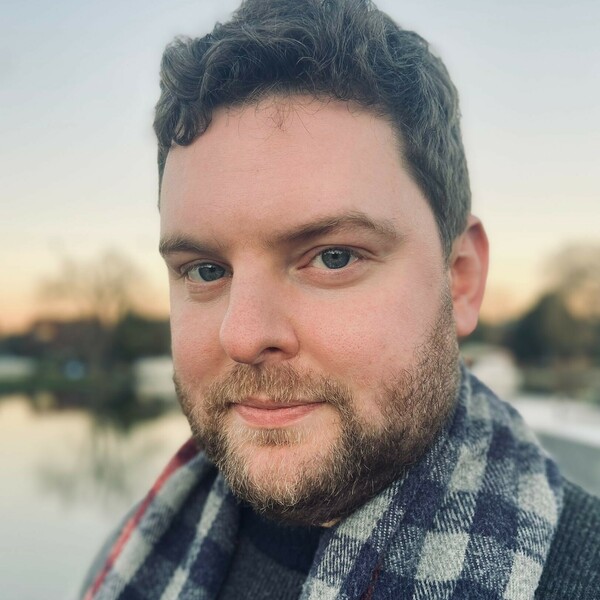