Kate Ellis: Cellist Kate Ellis is dedicated to the performance and exploration of all music. Kate is the Artistic Director of Crash Ensemble, cellist with Martin Hayes’ newly formed Common Ground Ensemble and is often seen playing with the musicians of Yurodny, TRE trio and Fovea Hex. Kate is the recipient of an artist residency at the Centre Cultural Irelandais, Paris for 2020/21.

UK based Laura Cannell (Violin/ Overbow Violin & Voice) and Ireland based Kate Ellis (Cello) have forged a collaborative partnership over the past year which has culminated in the release of a highly acclaimed album and the creation of 12 EPs released on the last Friday of every month throughout 2021 under the heading of These Feral Lands.

The Open Session will feature Cannell’s signature evocative overbowed violin alongside Ellis’s deeply expressive cello playing, together with specially commissioned music videos by UK and Irish artists. It is the culmination of a year of recording, and during their Snape residency the two performers will have been navigating a live space together for the first time, creating ways to perform the music which they wrote and recorded remotely throughout 2021.

Having only ever met once and worked together for more than a year across the ether between their music studios in Suffolk and Dublin, this exciting and informal Open Session follows is the first opportunity they have had to work and perform together in person, enjoying the energy of making music in the same space.

Since meeting in early 2020 the duo have developed a strong writing partnership and produced an album ‘These Feral Lands: Volume 1’ in collaboration with Writer & Comedian Stewart Lee, Winter Rituals EP (broadcast widely on BBC Radio 3 inc. Christmas Day and New Years Eve), and now 12 monthly EPs. In April 2021 they were Spotlight Artists on BBC 6Music Recommends with Tom Ravenscroft, and appeared on SOHO Radio & NYC + Culture each month as guests of Max Reinhardt to play and discuss their new EPs. 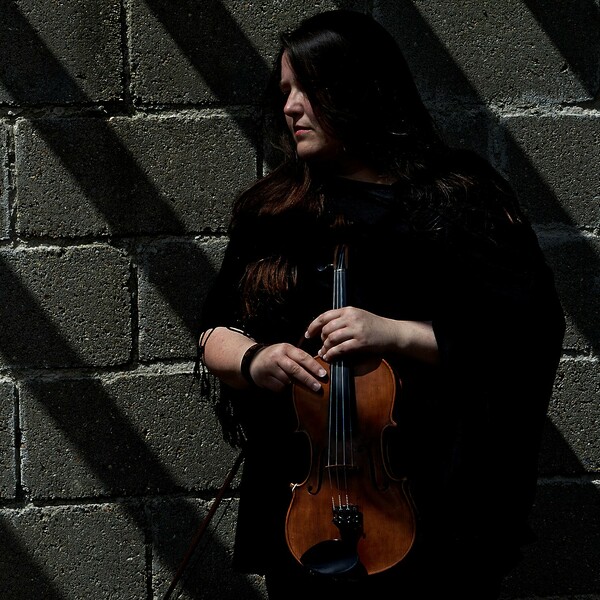