Desmond O’Callaghan, Observer 1972 and various masterclasses a friend of Mezzo Soprano Mary Clarkson who sang in the first Study Weekend.

"When we were teenagers my friends and I were great fans of opera and especially Maria Callas. We all sang in the church choir decent polyphony - Palestrina, Vitoria, Byrd.

We would listen to gramophone records and we particularly loved the great Irish tenor John McCormack. He not only sang popular Irish ditties but Handel, Schubert, Brahms and Wolf as well as the Italian operatic arias. His lieder singing intrigued us and we started collecting the recordings of Dietrich Fischer Dieskau. He was my hero when my class mates were idolising the Beatles. All good singers interested us. You could buy Saga records for a pound with Janet Baker and John Shirley Quirke outstanding young British singers."

"Peter Pears came to Scotland a lot to perform. Glasgow was an exciting place for singing with Alex Gibson and Scottish Opera. The international success of Cosi fan Tutti with Janet Baker, Elizabeth Harwood and John Shirley Quirk (who also taught at the Britten Pears School) effectively brought London up to Glasgow.

We met Pears after a St Matthew Passion in Paisley Abbey in 1967. We went round at the end of the performance for his autograph. To our surprise and delight he chatted with us and suggested Daniel should apply for a Hesse scholarship at the festival. Brian and I were not free to go. Daniel had a magical experience and from that moment I was determined to visit Aldeburgh.

Then I think in 1969 the Edinburgh Festival was dedicated to Schubert and Britten. We had a feast of them with Winterreise and the Church Parables and a superb Requiem in the Usher Hall. Glasgow had a very rich musical life. One occasion when Pears was in Glasgow and Britten was rather weak, my mother invited him for lunch and we sat at the kitchen table and he particularly appreciated her shortbread. I am sure he enjoyed the simple fare and her warm welcome."

Britten’s music introduced me to marvellous poetry . We were proud of his settings of Folk Songs from Scotland and Ireland as well as Burns and the Souter songs.

"I qualified as a dentist in 1970 and having visited Cambridge and loved it I got a job there and was in striking distance of Aldeburgh. I was delighted with the seaside town, the architecture, the shore, the pubs and Snape. The concert hall is one of the loveliest anywhere and I was always thrilled to be there. It was in Orford where I ate oysters for the first time and discovered smoked cod’s roe. Catering at the Maltings was excellent and Singers teachers and observers socialised easily. It was a period of discovery for me.

On that first ‘Study Weekend’ in 1972 I remember Anthony Rolfe Johnson. He sang The Choirmaster’s Burial rom Britten’s Winter Words. Neil Mackie was there too. Pears gave him many lessons and I know that was the backbone to his own teaching. Marie McLaughlin was also there. He loved her voice and gave her great encouragement.

I also remember Felicity Lott singing Fish in the Unruffled Lake. She became another fabulous success story. There were other singers I remember from the later years. I remember Lucie Manen encouraging my friend Mary Clarkson to use her ‘grown up voice’ and the difference it made."

Pears teaching was especially good. He never used the class as an opportunity to show off himself. It was not the ‘Peter Pears Show'

"We went back to the masterclasses several times. I recall Robin Leggate exciting us all with his bright tenor and entertaining us with his wit. We made friends with lots of the young singers. Early morning swimming from the caravan park and fresh bread rolls at breakfast afterwards. I remember Elizabeth Stokes, Robert Gibb, Kelvin Thomas, Justin Lavender and of course the Danes led by Palle Kibsgaard who became a great friend.

I know Simon Rattle had accompanied some of the opera masterclasses but that was after the first weekend. The other pianists that I remember were Graham Johnson, Roger Vignoles, Stephen Ralls and Martin Penny.

The teachers I remember were of course Peter Pears, Lucie Manen, Nancy Evans, Joan Cross and Hugues Cuénod. Pears teaching was especially good. He never used the class as an opportunity to show off himself. It was not the ‘Peter Pears Show’. Generally there was a most relaxed and friendly atmosphere in the classes.

Britten’s music introduced me to marvellous poetry. We were proud of his settings of Folk Songs from Scotland and Ireland as well as Burns and the Souter songs. Of course we met Rita Thomson (Britten’s nurse) a fellow Scot. A wonderful warm person, down to earth like ourselves. I remember visiting Pears after his stroke. We sat in the Red House with Rita and it was like a family gathering chatting about old times."

Desmond O’ Callaghan is a retired dentist who sang with the Scottish National Orchestra chorus with Alexander Gibson. Pears sang the Evangelist for George McPhee’s Bach Passions in Paisley Abbey and they became friends. He had been to a lieder weekend at the South Bank with Schwarzkopf and had heard about the first study weekend so being being huge fans of Pears and Britten they went and loved it. He was a friend of Marie McLaughlin and encouraged her to come to the Master Classes. 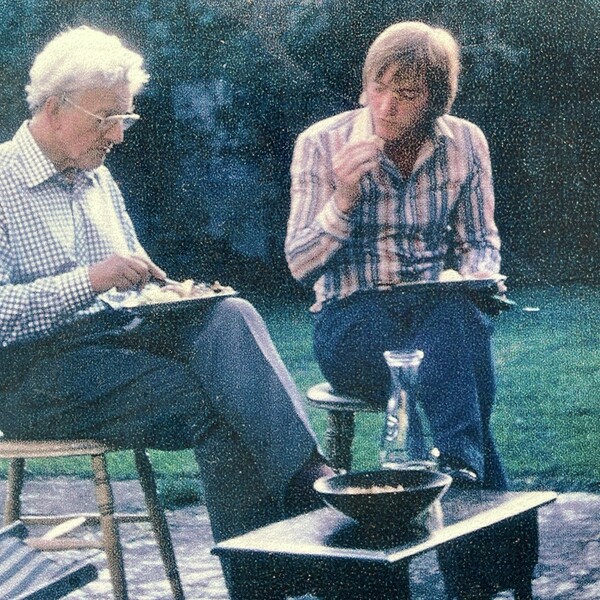