Composer Colin Matthews O.B.E. along with Oliver Knussen established the Composition Course in 1992 helping to establish a focus on new music at the School. His involvement with the organisation extends back to the Britten era when he assisted with the vocal score of Death in Venice and worked closely with Imogen Holst. In this interview he looks back at his close involvement with the organisation and his role in its development.

1972 marks the 50th anniversary of the Britten Pears Young Artists Programme but it was also around this time that you first started working with Benjamin Britten and Imogen Holst- can you tell us more about that?

I had done a certain amount of editorial work for Britten as early as 1969, but 1972 was a watershed, as I was asked to take over the vocal score of Death in Venice, and worked on that and the full score right up to the first performance in June 1973. Subsequent to Britten’s heart operation I continued working with Britten until his death in December 1976. I first met Imogen Holst at the private showing of the BBC film of Owen Wingrave in 1971. She knew that I was working for Britten through Rosamund Strode, Britten’s assistant and her close associate, and asked me in the autumn of that year if I would help with the Thematic Catalogue of her father’s music. This began a close relationship which lasted until her death in 1984 and continues to this day with the Holst Foundation, which we jointly founded.

Given your unique insight into the organisation over the last five decades - as composer, tutor and founding Trustee - what for you are the highlights?

I was an observer of what is now BPYAP rather than an active participant until the Composition Course started in 1992. I took part in several seminars, but the closest I came to involvement was when, I was deputed by the Britten-Pears Foundation trustees to write to Peter Pears expressing the concern that the School was beginning to stagnate - this was around 1984. I did so reluctantly, and Pears was understandably upset. There was an element of truth in this, however, as there was an over-reliance on the old guard of performers in running master classes etc. - and indeed in the Festival as well - but not a great deal of change until Pears’ death in 1986.

If asked what was the most important thing that I was involved with during my time as a founder trustee of BPF it would have to be the transition into Britten Pears Arts, a long and difficult process but one which I welcomed. With over 50 years of involvement there are too many highlights to list!

How would Britten and Pears react to the work that has been achieved to nurture emerging young artists?

I can’t think but that they would be delighted at how the School that they had long planned was flourishing, and that in particular the acquisition of the whole Snape site has benefitted every aspect of BPA’s activities. They might cavil at some aspects, but would understand that the huge expansion into what is now BPA would inevitably involve change. But their heritage lies behind the whole operation, and is greatly respected.

You established the first Aldeburgh Composition Course in 1992 with Tom Ades and Julian Anderson attending as students - can you explain more about the objectives of the first course and how it has developed?

Our joint involvement with Tanglewood led Olly Knussen and myself to attempt to set up something similar - he had of course been head of contemporary music there since 1986, as well as a Festival Director since 1983. We felt there was a need for young composers to work directly with performers in a way that barely existed at that time. Initially we hoped that we might establish an orchestral residency, as with the Boston Symphony Orchestra at Tanglewood, but when that proved impractical, the format that was established was an intensive 10-day course, with an average of 6 composers, 15 players and a minimum of 3 instrumental tutors. Singers were only involved in early courses, but we’ve recently returned to that. We generally recruited a 3rd composer, as Olly tended to focus more on the performing side than on the composition element - Magnus Lindberg took this role for most of the first 15 or more years of the course, followed by Michael Gandolfi, and now Mark Anthony Turnage. We’ve followed this pattern with few changes for now 30 years - initially on an annual basis but later biennial, with more experimental courses in alternate years. For the past 10 or more years the works composed during the course have been showcased at the succeeding year’s Festival.

I find it so encouraging that younger generations - in a climate which is not just actively unsympathetic to the arts but even positively antagonistic - still come through with enthusiasm and passion.

You’ve also gone on to teach with the London Symphony Orchestra and Royal College of Music - what do you feel is unique about the student experience at Britten Pears Arts?

The LSO’s Panufnik scheme, which started in 2005, extends over a year. What is exceptional about the Snape Course is that composers come to it without advance preparation and have to produce a work within little over a week. Throughout they work closely with the performers, who work on the new pieces as soon as there is any material available. They also play contemporary repertoire, with composers attending rehearsals when they can. It’s a very immersive experience.

What has working so closely with young composers and artists meant for your own career as a composer? How does the process of teaching impact on your creativity?

It’s very stimulating to work with young composers, to find out what they know, and what they don’t know. In terms of my own career it’s for long been an important part - as has recording - but doesn’t encroach on the time I can spend composing in the way that a full-time teaching job would do. I’m always impressed by the depth of knowledge some of the composers have of areas of music with which I’m not so familiar, and I can fill in some of the gaps that they have. But not so much as Olly Knussen, who would bring in armfuls of scores and recordings to the composer sessions.

The Britten Pears Archive is a hugely detailed and rich resource - how do you think it can be utilised to inspire future generations to follow a career in music?

That the Archive has such depth does mean that it goes beyond being just a resource for research into Britten’s life and work; there is a lot of material relevant to the whole of twentieth century music, and not only music of the UK. For performers in particular the opportunity to look at manuscripts and sketches is invaluable; for composers probably less so, although gaining an understanding of how a great composer worked is inspiring.

In this 50th Anniversary Year of the Young Artists Programme what opportunities and challenges lie ahead for emerging young musicians in the decades to come?

That’s a big question. All I can say is that I find it so encouraging that younger generations - in a climate which is not just actively unsympathetic to the arts but even positively antagonistic - still come through with enthusiasm and passion. How many of them can pursue their hoped for career is another matter. That more than 200 composers regularly apply for this course and the LSO Panufnik course (without a great deal of overlap) is both gratifying and a bit alarming.

How can organisations like Britten Pears Arts be useful to students once they have left?

All the participants very much feel that they belong to a family, making links both within and without BPA. The number of BPYAP participants who have gone to make successful careers speaks for itself.

COLIN MATTHEWS was born in London in 1946. He studied with Arnold Whittall and Nicholas Maw; in the 1970s he was assistant to Benjamin Britten, and worked for many years with Imogen Holst. His collaboration with Deryck Cooke on the performing version of Mahler’s Tenth Symphony lasted from 1963 until its publication in 1975.

Over four decades his music has ranged from solo piano music through five string quartets and many ensemble and orchestral works. From 1992-9 he was Associate Composer with the LSO, writing amongst other works a Cello Concerto for Rostropovich. In 1997 his choral/orchestral Renewal, commissioned for the 50th anniversary of BBC Radio 3, was given a Royal Philharmonic Society Award.

Orchestral works since 2000 include Reflected Images for the San Francisco SO, Berceuse for Dresdenfor the New York Philharmonic, Turning Point for the Concertgebouw Orchestra and Traces Remain for the BBC SO.

Matthews was Composer-in-Association with the Hallé – for whom he completed his orchestrations of Debussy’s 24 Preludes in 2007 – from 2001-10. He is now the orchestra’s Composer Emeritus.

His violin concerto for Leila Josefowicz and the CBSO was premiered in 2009. In 2011 he completed works for the London Sinfonietta, City of London Sinfonia and Leipzig Gewandhaus. He wrote his 4th String Quartet, for the Elias Quartet, in 2012, and his 5th, for the Tanglewood Music Center, in 2015; Spiralling was written for Spira Mirabilis in 2014; The Pied Piper, a collaboration with Michael Morpurgo, was performed by the LPO in 2015.

Matthews is Founder and Executive Producer of NMC Recordings, Executive Administrator of the Holst Foundation and Music Director of the Britten-Pears Foundation. He has been co-director with Oliver Knussen of the Aldeburgh Composition Course since 1992, and composition director of the LSO’s Panufnik Scheme since 2005. He holds honorary posts with several universities and is Prince Consort Professor of Composition at the Royal College of Music. 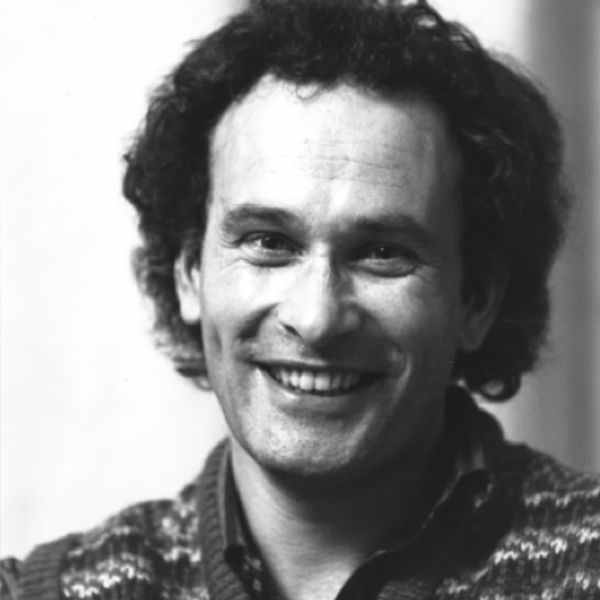