Anna-Helena read Drama and Music at Royal Holloway University of London with a specialism in solo cello and performance. She is a music theatre and ensemble coach and director, running an original approach to acting and voice training called the ‘Actor-Chorus-Text’ (ACT) Ensemble Practice in conjunction with her company Moon Fool - a host organisation for international theatre and music exchange.

Formerly principal of the Gardzienice Theatre Association in Poland (2000-2007), Anna-Helena played the lead in Metamorphoses & Electra and toured extensively (LaMama ETC; Meyerhold Centre; Getty Centre; Barbican) as well as leading an Ancient Greek Orchestra and the Academy for Theatre Practices in Gardzienice.

Anna-Helena is currently a Doctoral Candidate in Performance Practice at Guildhall School of Music & Drama while engaged as a Voice & Performance Tutor on the Acting Studies BA Hons course also at Guildhall. She is a supervisor for MA students in Classical Acting at Central School of Speech and Drama and guest lectures at Rose Bruford College since 2020.

A coach is conducting a voice lesson via a projected video call when a song dating 1450 BC instigates a breakthrough in her student and subsequent realisation about their identity. THE VOICE LESSON is a poetic exploration of agency and the female voice drawing on multimedia, physicality and original music to slip between the inner and outer worlds of the artist. Vocal acrobat and electronic cellist, Anna-Helena, leads ensemble acting training and draws on this background to deconstruct the liveness of her creative process with an interactive audience. Staging writings by women spanning 4000 years (Inanna, Sappho, Woolf), the lesson positions audiences as one of many listening parts in a chorus of continuous becoming, sensitizing mind toward body and voice in an urgent reframing of the important work of women today. 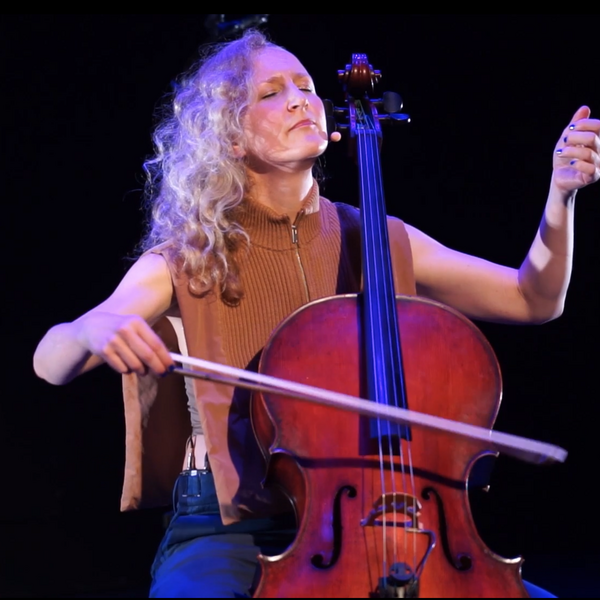