My beloved is mine, and I am his

My research looks at the domestic life of Benjamin Britten and Peter Pears and the home they built together. I aim to gain a sense of them as a couple away from the public eye. For most of their 37-year relationship, homosexuality was illegal, meaning they lived their lives together as an open secret, constantly having to be discreet in their public life and personas.

For the second part of my residency at the Red Studio, I will build on the artworks that I produced in the first part of the residency in October 2020. These artworks are; a sculpture titled 'Close friends' under a Suffolk sun made from ink on paper and two dining chairs belonging to Britten and Pears. Six ink drawings called 'Open Secret' based on photographs taken of Britten and Pears together during the years that homosexuality was illegal.

The title of my research is taken from the title of one of Britten's Michelangelo Sonnets Canticle 1 'My Beloved is mine, and I am his.' Britten composed this work for Pears and him to perform together, Britten at the piano and Pears singing. It was first performed at Central Hall, London, in 1947. Now it is seen as a clear declaration of love between the two men, but at the time, this romantic understanding unbelievably was not sought, not seen, and not acknowledged, no public comment was made, and their relationship remained an open secret until Britten died in 1976.

To find about more about Hannah’s work please visit: www.hannahhoneywill.co.uk

As a conclusion of my creative retreat at the Red Studio, I produced a maquette for a large outdoor sculpture. The form of the sculpture is based around an outline taken from a photo of Britten and Pears standing together. The sculpture would stand 8ft tall, and the figures of Britten and Pears would be accurate to life-size. Inside, the outline is filled with pieces of brass that are as thick as piano keys and 37 cm wide, 1cm for every year they were together as a couple. The finish of the sculpture would be a satin black and brass to mirror the finish of the Steinway piano in their library. The overall concept hopes to capture the love that they shared for each other and of music. My intention is that the sculpture is a memorial to them and their legacy that continues to cast light. 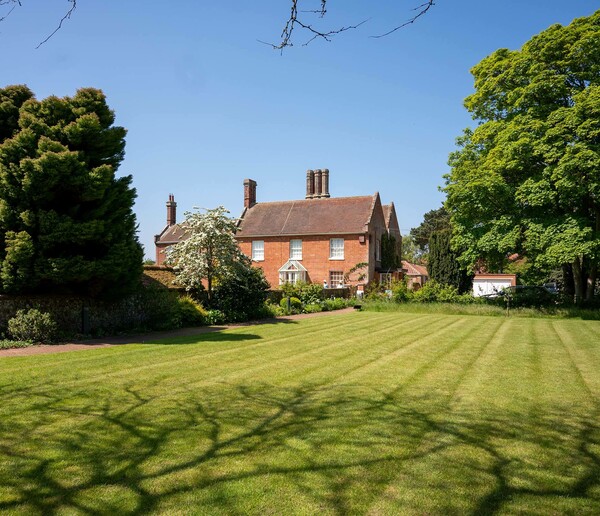 From The Red House Podcast

Dr Lucy Walker welcomes a range of fun and interesting guests to explore all things Britten and Pears, music, culture, heritage - as well as anything else that might come up!