One of the joys of the Britten Pears archive is the light it sheds on everyday practicalities, the nuts and bolts of Britten and Pears’ life and careers together. The financial papers in the collection are a rich source for this: as self-employed men Britten and Pears had to keep evidence of purchases and earnings in case their annual tax returns were audited, and the receipts that they retained for this purpose flesh out their lives in remarkable detail. For example, in the multi-volume work Letters from a Life, which tells the story of Britten’s life through his correspondence and diary entries, we read Britten in a letter of February 3rd 1950 saying “We hope to start on a concert tour the week after next if Peter’s well enough. We are going to Scotland…” Footnotes spell out the nature of Pears’ illness – he had had shingles – and there is a brisk note setting out that they performed in nine specified towns between the 13th and the 27th. The receipts, however, give us more detail and tell a story of making music despite persistent transport difficulties.

Britten and Pears travelled by car, their driver being George Behrend (the son of Pears’ friends Mary and John Behrend, he was in his mid-twenties at this time; he often helped out at Aldeburgh and regularly acted as their driver when on tour). The journey took them up the A1, the former Great North Road, from London towards Edinburgh and initially there are no notes of trouble: the first relevant document is a receipt for lunch at the Swan Hotel in Biggleswade (now demolished), so they are clearly making progress, and one can daydream about travel on wide open roads calling in at former coaching inns (though the reality of austerity Britain in February was probably less than idyllic).

By Newcastle, however, trouble has set in: in addition to Behrend’s hotel bill from the County Hotel, there are a couple of receipts from a Newcastle garage detailing repairs to Britten’s Rolls Royce, registration BXV 794. Behrend stayed here for two nights, the 12th and the 13th: on the night of the 13th, however, Britten and Pears were performing in Edinburgh and, the receipts tell us, had been at the Roxburghe Hotel in Edinburgh since the night of the 12th. It seems clear that the car had failed in some way at Newcastle and Behrend had remained here to supervise its repair whilst Britten and Pears travelled on, presumably by train.

It was to be something of a star-crossed fortnight for Rolls Royce BXV 794. The itinerary detailed in Letters from a Life shows Britten and Pears following a figure-of-eight route around Scotland: from Edinburgh they travelled to Glasgow, Helensburgh, Milngavie, Kilmarnock and then up to Dundee and Aberdeen before returning south to Bridge of Allan and St Andrews. BXV 794 clearly rejoins them on their travels: we find it undergoing further repairs in Edinburgh, being bought oil in Glasgow and filled with petrol in Perth. Behrend and the car are clearly back with Britten and Pears at the very least by the time the travellers reach Dundee, as both have receipts from the Royal Hotel on the same night. Those receipts reveal another of the fascinations of this documentation: peeling back the little sticker on the bill that notes that it was settled up by Pears, we see that the occupants of Room 51 are given as Messrs Britten and Pears. Presumably this was a twin room rather than a double, but nonetheless this is an indication of how their travelling as professional partners allowed them to share a room as personal partners also.

Hotel bills track their journey north to Aberdeen and back, presumably by car. Certainly the papers include, as a fascinating little rarity, a ticket for the old Forth Ferry, the means by which cars crossed the Forth before the construction of the road bridge here in the 1960s. However, the bill for the garage at the Royal Hotel in St Andrews includes the menacing item “Repair”: all is clearly still not well with BXV 794. The final financial document relating to this tour is issued by the Railway Executive – the operating body for the newly nationalised British Railways – and records the arrangements to transport a car from Leith Walk goods station in Edinburgh back to London. Accompanying it, an actual cardboard railway ticket authorises third class travel from Edinburgh to London, presumably for Behrend as he accompanies the erratic Rolls. In an interesting little detail, although the railways have been nationalised for a little over two years at this point, the ticket still carries the name of the London and North Eastern Railway: presumably there was a large stock of these tickets already printed which British Railways did not want to waste. 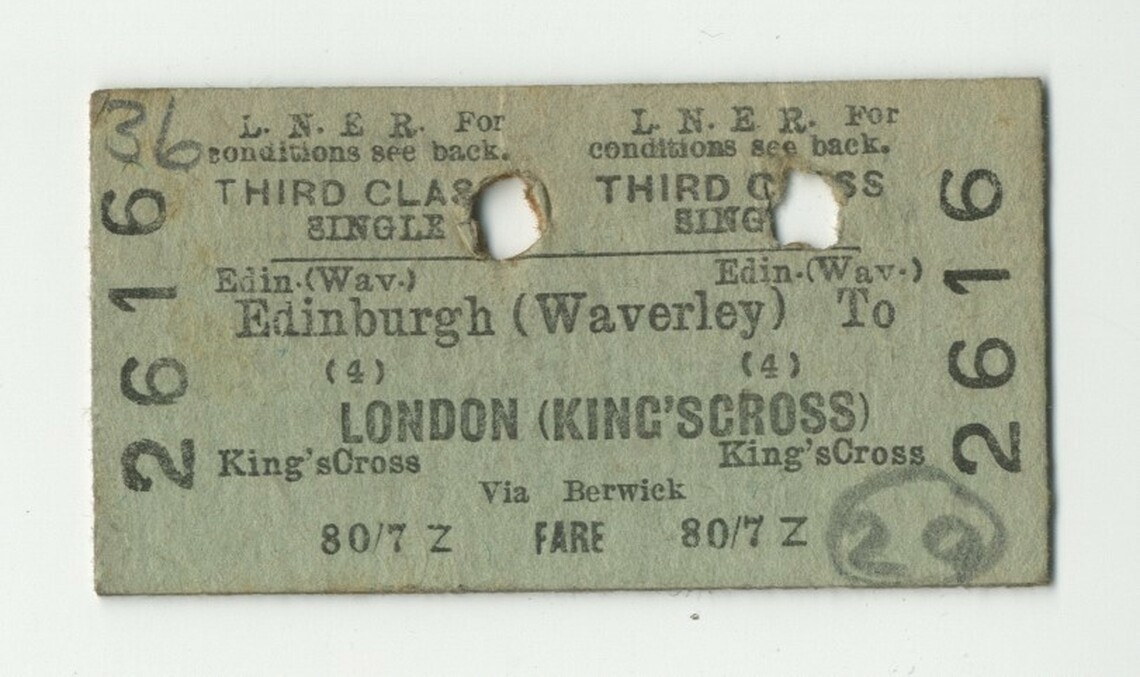 So BXV 794 returned to London, separately from its presumably exasperated owners. Not much later in the file we see the same car checked into a garage in Braintree for what is described as “emergency repair”, and there are further works later in the year. Britten loved his cars, but this one does not seem to have returned the feeling. 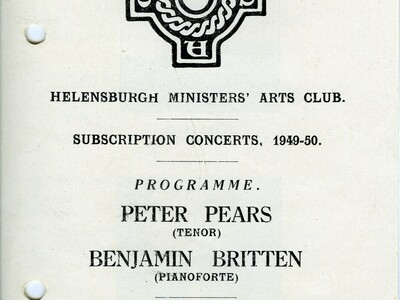 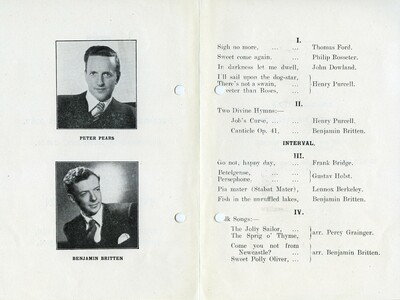 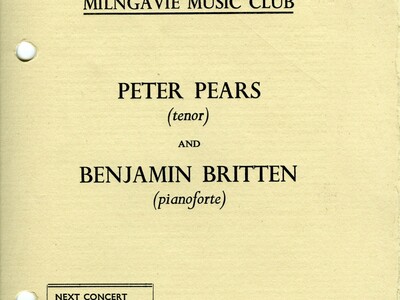 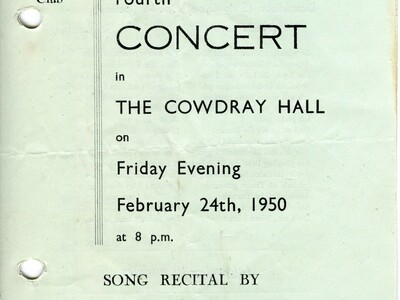