Join the prize-winning flute, viola and harp trio known for their “verve and polish” (The Times) for a midday concert in Aldeburgh.

Formed in 2011, Pelléas Ensemble won the Royal Philharmonic Society’s Henderson Chamber Ensemble Award in 2018. Their Wigmore Hall debut was praised for its “captivating vitality” and “effortlessness and delicacy” (Seen and Heard International). They have appeared live on BBC Radio 3’s In Tune, and have given numerous recitals in London and around the UK. The performance will include an exciting mix of repertoire by 20th-century composers and the ensemble's own arrangements.

Various arr. Pelléas: A Selection of traditional Irish Folk Songs (10')
The Kerfunten Jig, She Moved Through the Fair, The Leitrim Reel

Sally Beamish: Between Earth and Sea (10')

Kindly supported by The Radcliffe Trust. 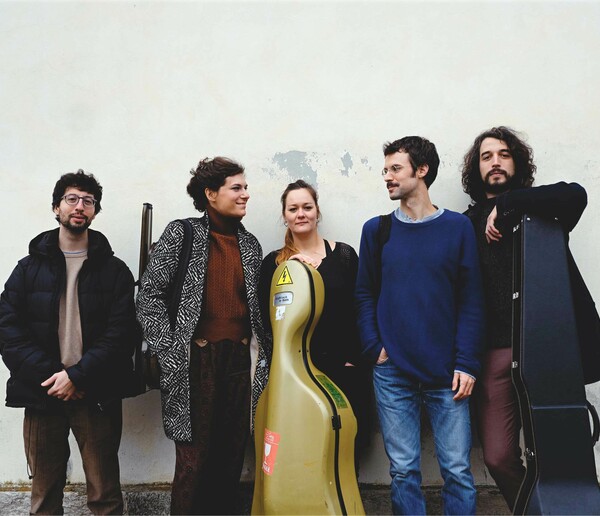 Multibuy Offer
Catch a glimpse of future stars. Book for three or more Friday Lunchtime Concerts and save 20%.

Every Friday from January to April we invite you to our historic Friday Lunchtime Concerts on the Suffolk Coast. Enjoy a warm respite from the winter winds and performances by brilliant young musicians from the UK and abroad. All ensembles in this year's series are Britten Pears Young Artists for 2022-23 and are on a Chamber Music Residency as part of the Britten Pears Young Artist Programme.

The Britten Pears Young Artist Programme is made possible with the generous support of our Trust & Foundations and Individual supporters.

We are grateful to the Barbara Whatmore Charitable Trust, the Nicholson family in memory of Patricia Nicholson, and The Radcliffe Trust for their support toward Chamber Music in Residence.

Book for three or more Friday Lunchtime Concerts and receive 20% off each ticket.